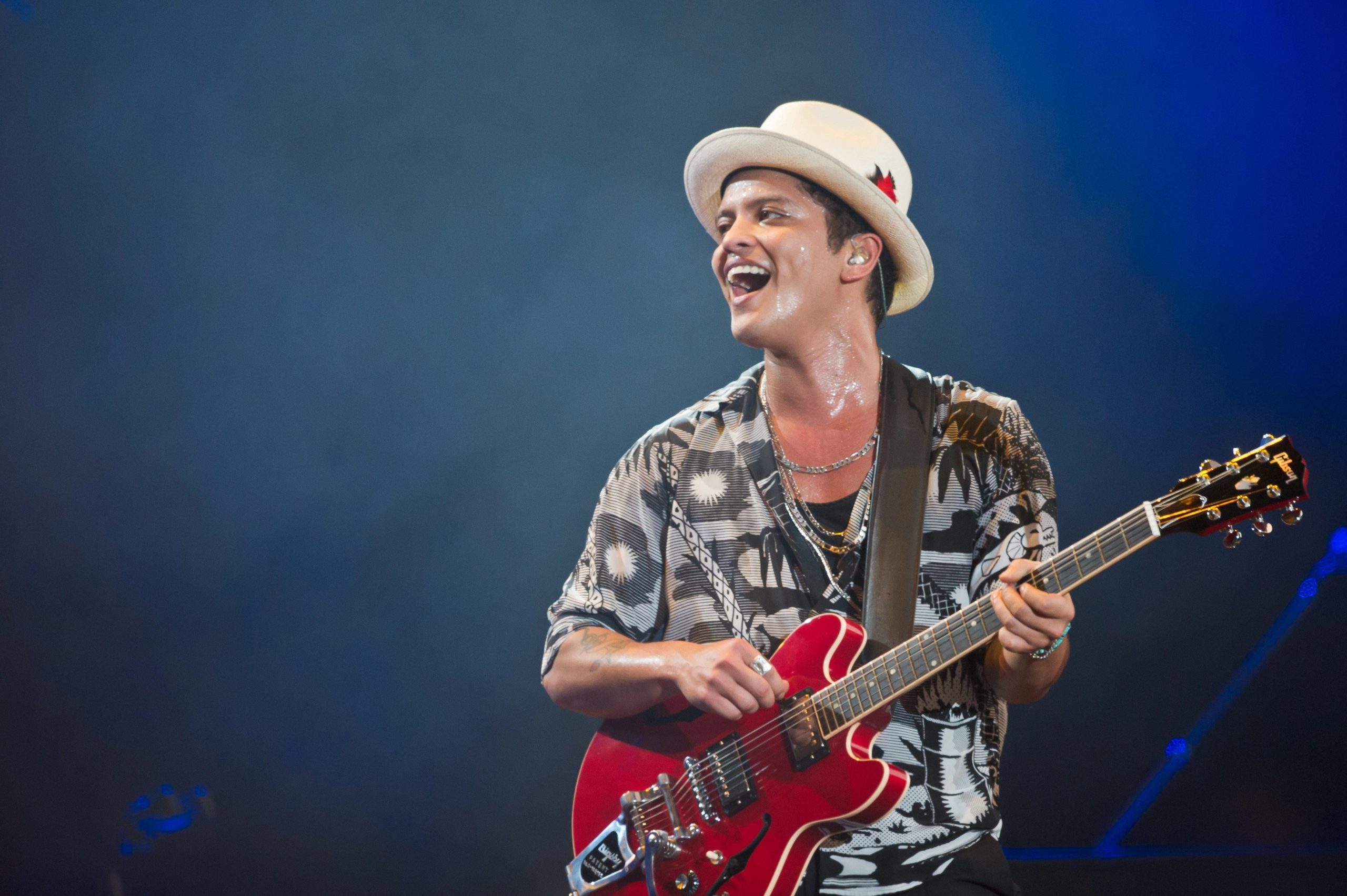 “You can’t knock on opportunity’s door and not be ready.” 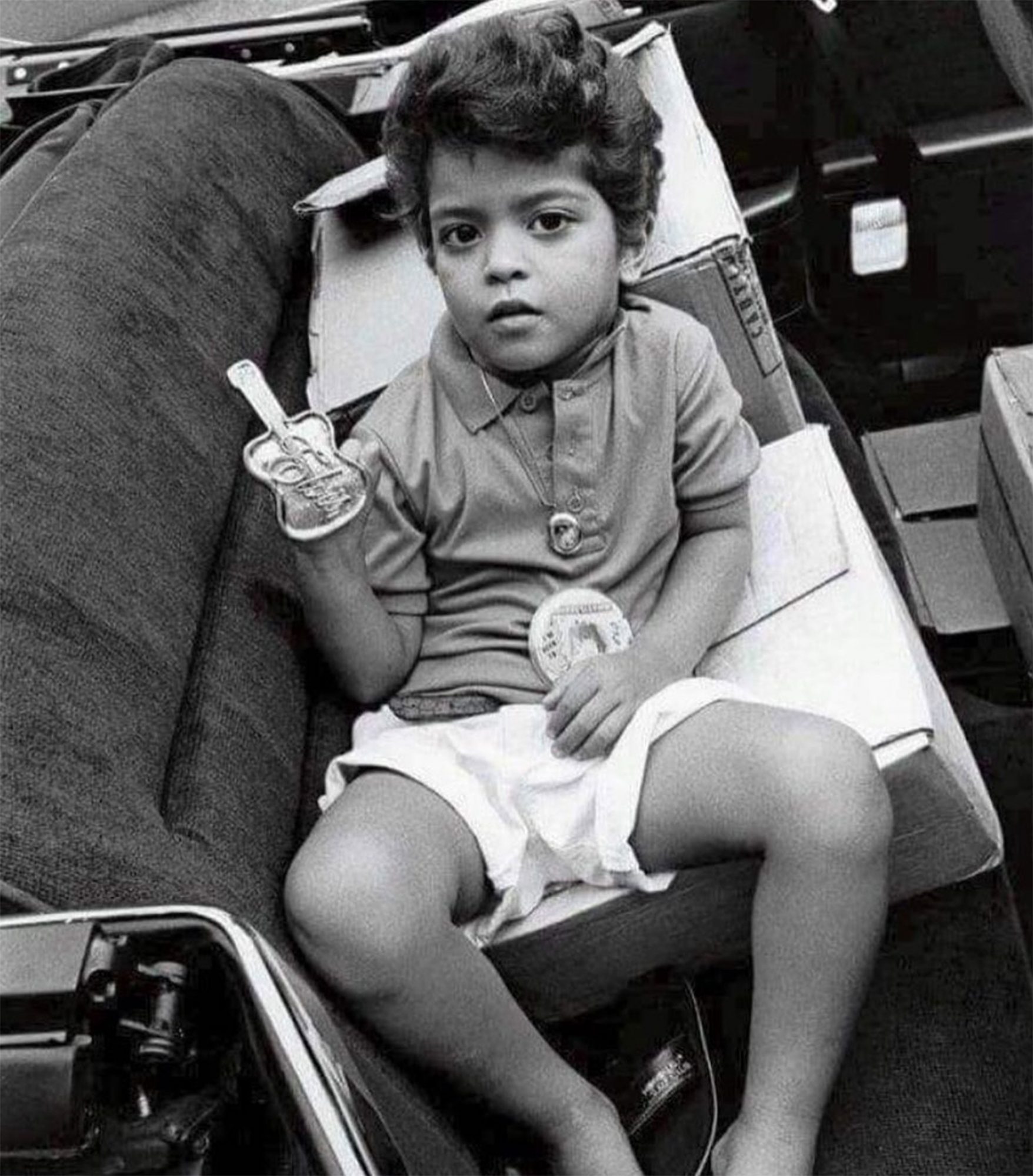 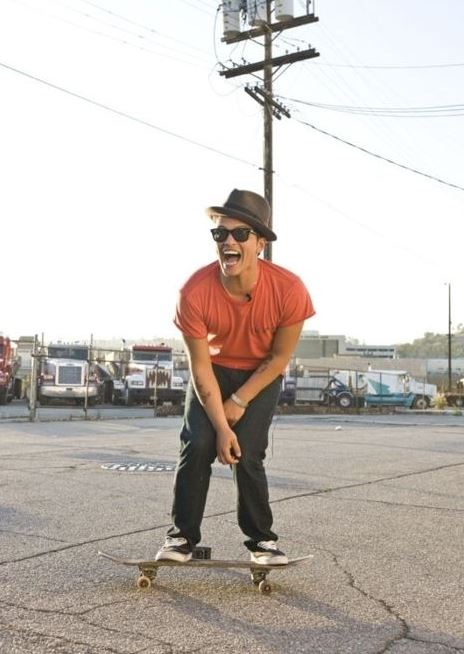 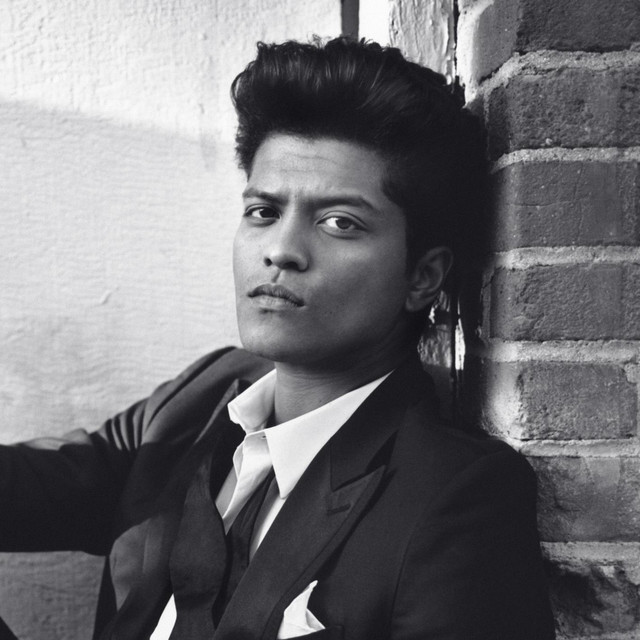 “I feel like we have to keep our eyes on the road. Being nostalgic is like taking an offramp and getting a sandwich – and then you get back on the highway. I don’t want to be spending the rest of my life at the gas station.” 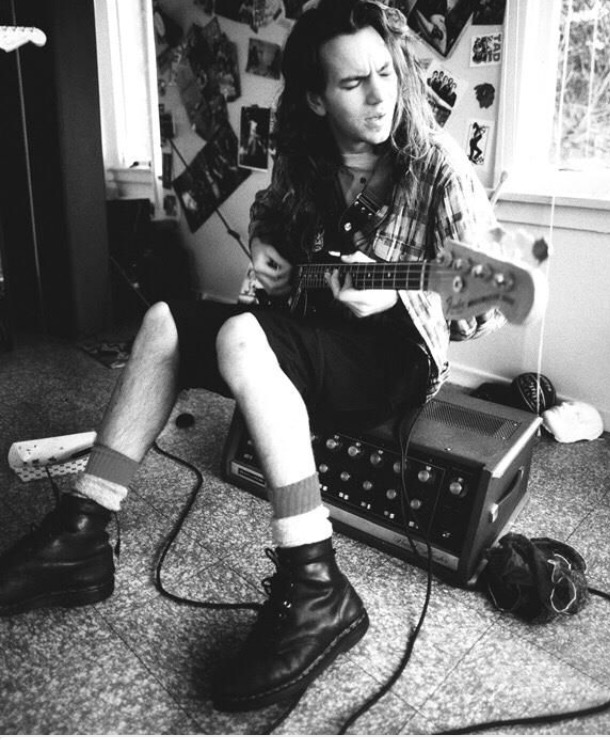 “The word religion has such bad connotations for me, that it’s been responsible for wars, and it shouldn’t be that way at all, it’s just the way the meaning of the word has evolved to me. I have to wonder what we did on this planet before religion.” 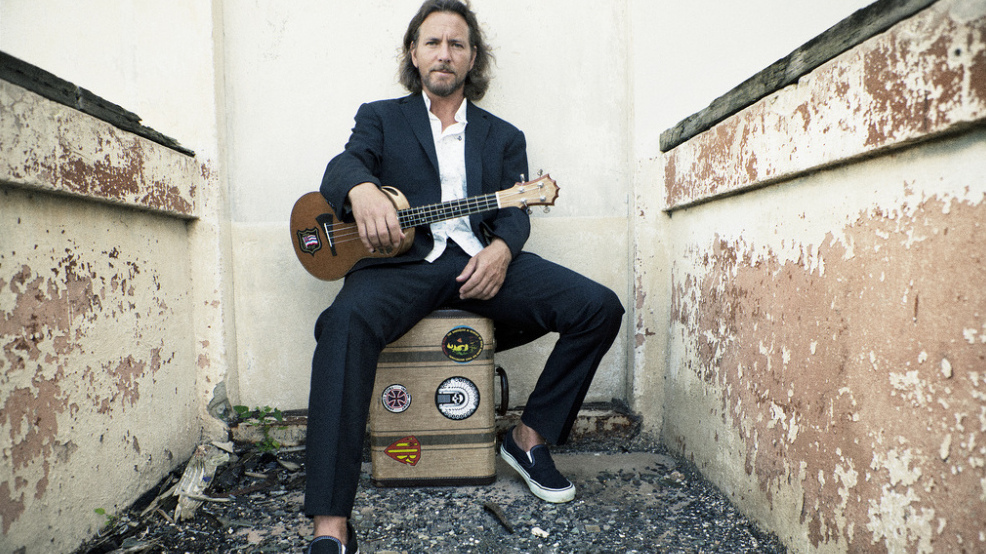 “It’s the ones without scars – those are the people you have to watch out for.” 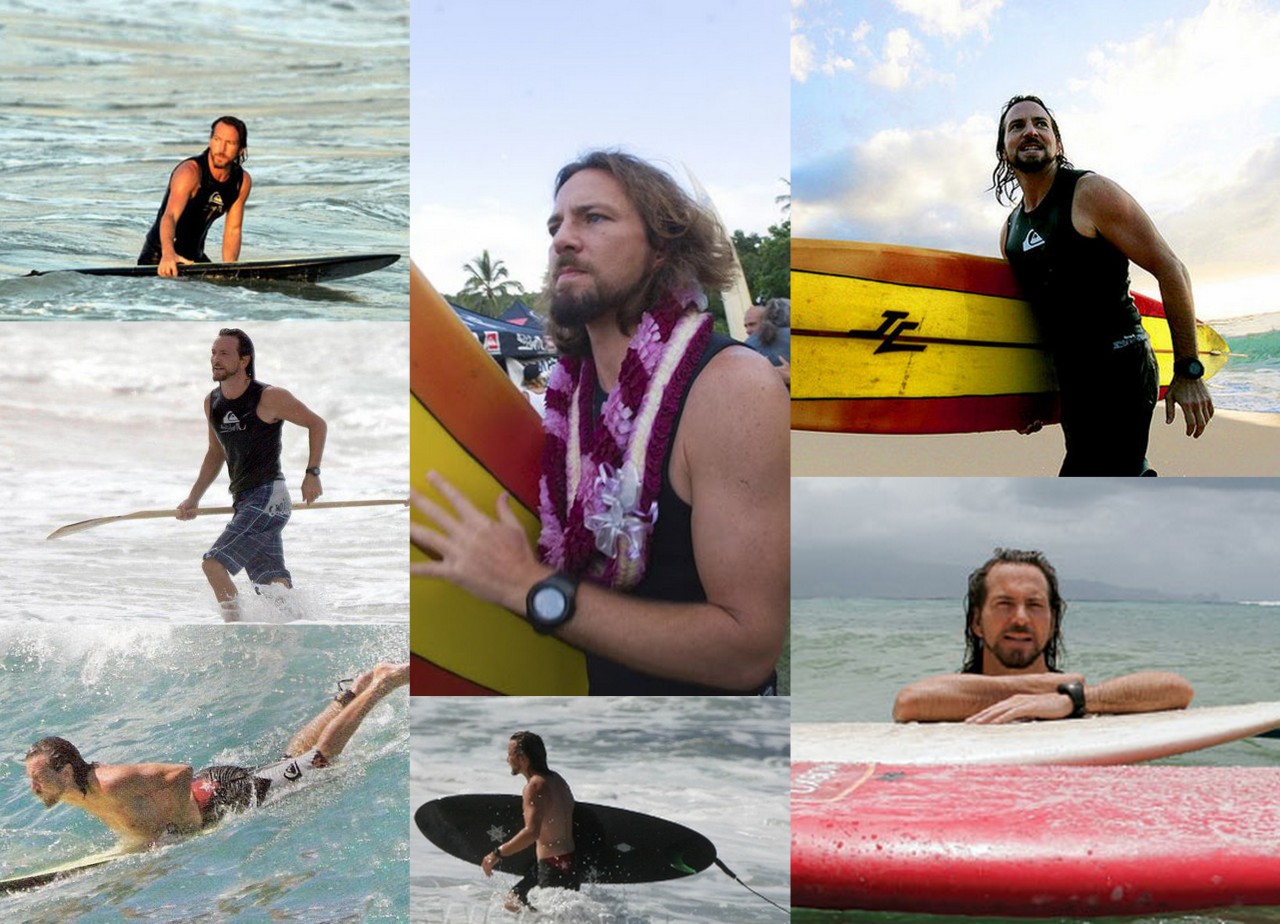 “I’m probably never happier than when I’m by myself in the water.  What I’ve worked and sacrificed for is not to be on stage playing music but to surf in some secluded place.  It’s a grounding element.  Waves don’t care who you are.” 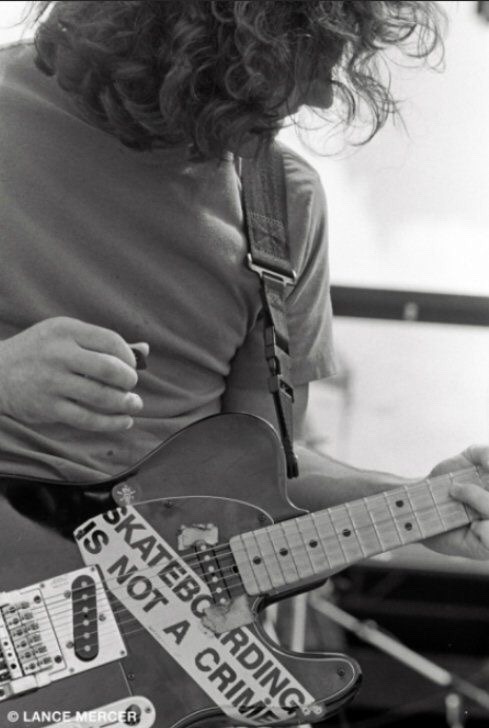 “I’ve always looked at it like skating a ramp — there’s transitions.  To me, the difference between a song and music is the transition.”

“I think it’s like a movie that was way too popular. It’s a story that’s been told too many times and just doesn’t mean anything. Man lived on the planet — [placing his fingers an inch apart], this is 5000 years of semi-recorded history. And God and the Bible, that came in somewhere around the middle, maybe 2000. This is the last 2000, this is what we’re about to celebrate [indicating about an 1/8th of an inch with his fingers]. Now, humans, in some shape or form, have been on the earth for three million years [pointing across the room to indicate the distance]. So, all this time, from there [gesturing toward the other side of the room], to here [indicating the 1/8th of an inch], there was no God, there was no story, there was no myth and people lived on this planet and they wandered and they gathered and they did all these things. The planet was never threatened. How did they survive for all this time without this belief in God? I’d like to ask this to someone who knows about Christianity and maybe you do. That just seems funny to me.”

“The best revenge is to live on and prove yourself.”

“If it seems like you are playing around and not practicing, that’s when you know you really love it.”

“Every time I get a chance to be out in the ocean, it’s like hitting a reset button for me where I just feel alive again, in perfect balance. Music can give me that, as well, but not as easily. The ocean is the way I know how to find it almost daily.”

“Sometimes, the simple messages are the best thing music can do, really. Sometimes, songs can stir people up, motivate them to make change.”

“Going far beyond that call of duty, doing more than others expect, this is what excellence is all about! And it comes from striving, maintaining the highest standards, looking after the smallest detail, and going the extra mile. Excellence means doing your very best. In everything! In every way.”

“You never know how strong you are until being strong is the only choice you have.”

“Life is one big road with lots of signs. So when you riding through the ruts, don’t complicate your mind. Flee from hate, mischief and jealousy. Don’t bury your thoughts. Put your vision to reality. Wake up and live!”

“Just because you are happy it does not mean that the day is perfect but that you have looked beyond its imperfections.”

“No one is you, and that is your power.”

“I was born to let my freak flag fly and celebrate all of life’s beautiful eccentricities.”

“I stopped trying to understand fate and destiny a long time ago, but dumb luck seems to be my specialty.”

“I have never been one to collect “stuff,” I do collect moments.”

“I was a bit of a misfit, longing to feel understood, waiting for someone to accept the real me.”

“My head and my heart seem to play this cruel trick on me, deceiving me with the false illusion of youth by greeting the world every day through the idealistic, mischievous eyes of a rebellious child finding happiness and appreciation in the most basic, simple things.”

“You have to go on and be crazy.  Craziness is like heaven.”

“I don’t consider myself to be the best…and I don’t like compliments…they distract me.”

“Sometimes you want to give up the guitar, you’ll hate the guitar.  But if you stick with it, you’re going to be rewarded.”

It was staged in a Haleakala Ranch pasture above Seabury Hall.  It was one of his last performances, he died 7 weeks later.

“Music has healing power.  It has the ability to take people out of themselves for a few hours.”

“The reality is that organized religion doesn’t seem to work.  It turns people into hateful lemmings and it’s not really compassionate.”

“The great thing about rock and roll is that someone like me can be a star.”

“We break a lot of rules, it’s unheard of to combine opera with a rock theme, my dear.”

“I’m not afraid to speak out and say the things that I want to, or do the things I want to do. So I think in the end being natural and being actually genuine is what wins, and I hope it comes out in my songs.”

“When you’re young, you’re stupid.  You do stupid things.  It’s all part of the journey – I’ve done a lot of stupid things, but you learn by your mistakes.”

“I can’t do anything in moderation.”

“I used to fantasize that Paul McCartney would marry my sister.  The Beatles gave me everything .  Especially Paul McCartney.  I adore him.”

“Nobody ever told me, I found out for myself.  You gotta believe in foolish miracles.  It’s not how you play the game, it’s if you win or loose.  You can choose, don’t confuse, win or lose, it’s up to you.”

“Sometimes it’s a form of love just to talk to somebody that you have nothing in common with and still be fascinated by their presence.”

“Life tends to be an accumulation of a lot of mundane decisions, which often gets ignored.”

Once in a Lifetime