Glen E. Friedman is an American photographer and artist. He became known for his activities within rebellious skateboarding and music cultures.

“It’s all about the fucking attitude.” 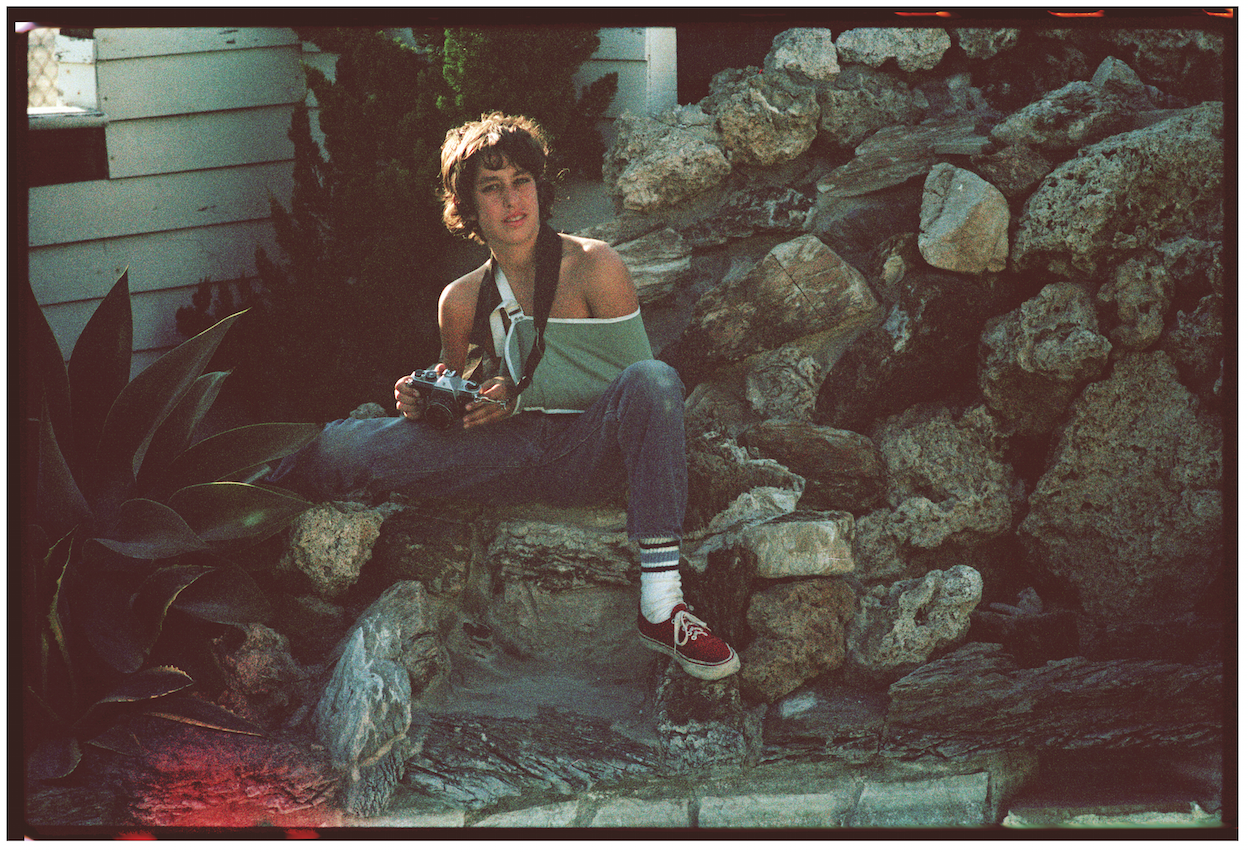 “I was inspired by these people, and that’s why I started taking pictures. I felt a sense of responsibility, like, ‘People do not realize how important this is, so I’ve got to do justice to the subject.’ I could see the point where it would no longer be just us. It was exciting to me, so I thought it should be exciting to other people; it should wake other people up the way it woke me up. It kicked me in the ass and I wanted it to kick other people in the ass.”

“Here I am fifteen years old taking pictures of my friends skating. I am a skater and I know what that big moment is, or what looks like the big moment. I want to portray it in a way that is incredible. Catching that intense perfect moment as close to the action as possible. I make the skaters look better than they are. That is my job. You want better things for your children then you had. I mean, they look good, but they did not look that good! It may be just 1/60 of a second in that person’s history, but because it’s seen over and over, it becomes ingrained that that is that person – even if it is not – and that makes me more responsible. I am not fucking around.”

“I never say those were ‘the good old days’, because there was plenty of depression and negativity that went on all the time, but there are some fun stories to tell. Like, ‘I’m getting chased from a pool by a guy with a shotgun, or jumping down a hill through some ivy and my camera case is gone and I don’t know where it is and someone has got a chainsaw going.’ It sounds like a movie… But not every record back then was good. There were a lot of shitty punk bands, a lot of shitty hip hop groups, and a lot of skaters that were whack.” 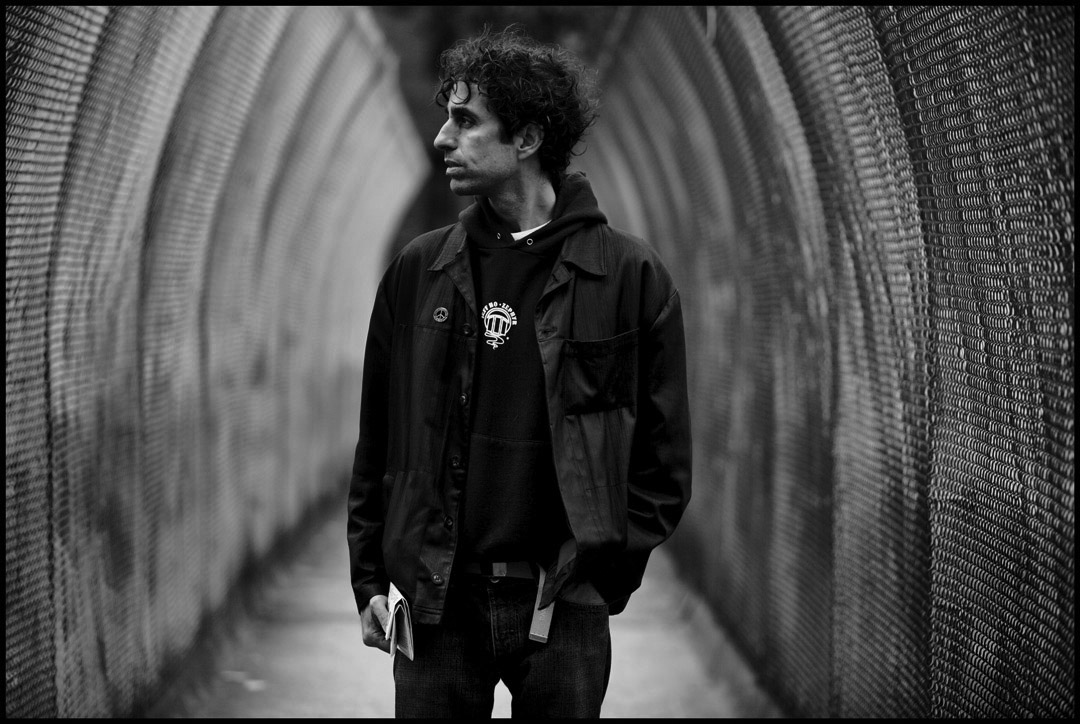 “I met Ian Mackaye at a Bad Brains show. And I met his brother [Alec, who fronted The Faith] the same night; The Faith was opening up for Bad Brains. Ian fondly remembers the date [December 26, 1981, at CBGBs]. Ian and his brother and Henry [Rollins] all knew me from //Skateboarder Magazine// years before I knew them. When we met I did not really know Minor Threat. Then I got my hands on In My Eyes and all of a sudden my level of respect for him just went like, ‘Wow, this record is fucking amazing!’ It was the best thing I’d heard since the latest Black Flag record. And they were fucking phenomenal live. You wanted to share that intense energy. That one-to-one thing that he gave on stage – very few singers did that. He never spoke down to the audience.”

“I was politicized at a young age. I was always very aware of who was running for president and what was going on with the Vietnam War. But as a pre-teen – before punk rock – when we got into skateboarding we became more self-centered, even though what we were doing was political in a way. The incredible thing about punk was that, all of a sudden, everything was controlled by us. Even if it was more of a personal politics rather than a governmental one, it was inspiring as a young person to think, ‘Hey maybe we can affect some kind of change.’ It was our creativity, our own imagination that made these things happen, in pools and at gigs. There were no adults to guide us. A lot of people think DIY is a decision. It was not a decision – it was the only way.”

Do It FOR Yourself

“Black Flag practiced harder than they played live. You have never seen somebody exert as much energy anywhere in your life. I cannot say that every single person on these walls worked that hard, but most of them did. It does not just happen overnight for anybody and it certainly did not back then. It was much harder to get attention. Sharing what you do with other people was not something people did. The cream rose to the top; maybe if you were fantastic or had the right connections, you would be in a magazine. So most often that was not even a goal. What was important was that you got to create and do something on your own, to maybe entertain your friends, or to push the limits of what you know in a way that satisfied you personally. Most people did not know or give a shit about what you were doing. Everyone did their own thing.” 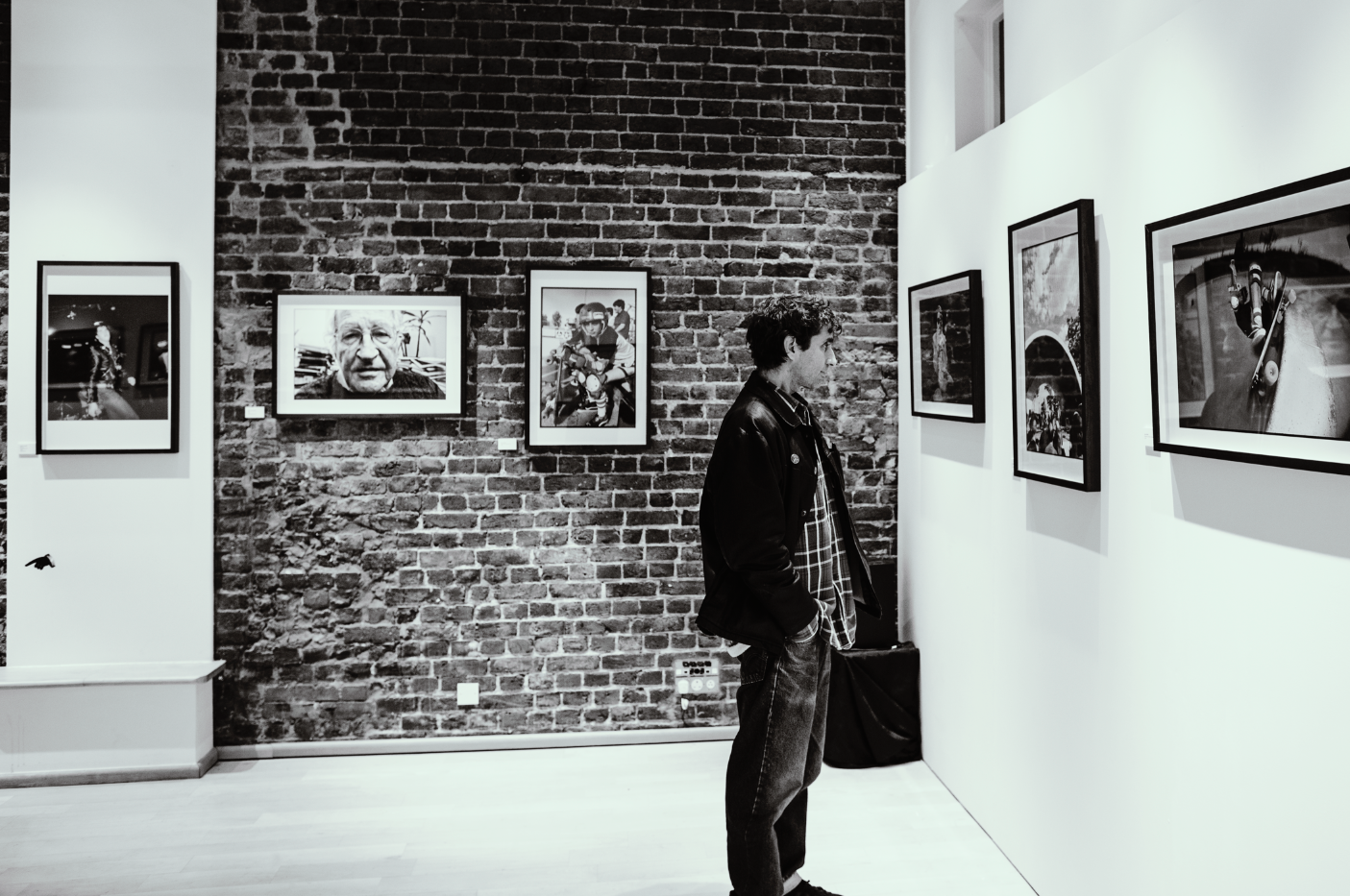 “I went to DC to see Minor Threat play one summer, when I was visiting my dad in New York. They let us into [Dischord House] like they let most people into their home, which is how it was back then. It was a communal-type house, all these kids living amongst themselves, cooking and eating and just hanging out; they ran [Dischord Records] out of there and everything. I didn’t know that many kids who had houses. It was enlightening to be around such nice, cool people. Some years later, Ian turned me onto the whole vegan thing. I mean, I had heard about vegetarianism from Shawn Stern [founder of BYO Records]. He had given me pamphlets that really changed my ideas about food and the planet. I was on my way, but then I spent that week down in DC with Ian eating all vegan and saw that it was not that hard. Because, trust me, in 1987 people looked at you as a Martian. After that trip I stopped eating animals altogether.”

“I never drank. Ever. Drinking is a learned behavior as far as I am concerned – an acquired taste which is really stupid and pathetic. No one likes the taste the first time they do it. You just do it because you want to be accepted by some bullshit peer group. Quite frankly drinking, smoking, doing drugs, is about as conformist as you can get. It dulls your mind. The corporation is controlling who you buy this shit from… Hearing about the whole Straight Edge thing that Ian was involved in, that was something I could relate to. Most kids do not realize that there are other people out there that think like them. When you hear another person talking about it, it helps you in your journey through life to have more confidence in what you want to do. Ian and his lyrics did that for a lot of young people.”

“When people ask me, ‘What’s the next ‘thing’?’, I’m like, ‘I am fifty-two years old. Ask a twenty-year-old, not me.”… I was inspired as a fifty-year-old by the Occupy movement and I participated in that. I am inspired by the Anonymous movement, but I am more of an observer… This is a special time, too, but not necessarily for youth culture. Maybe for the whole fucking planet it is time to wake up because the planet is going to spit us out and we will all be dead because we are going to destroy it. Our environment, that is. The planet will always be here. Eons longer. Until it explodes, right? But humans will not be here on the planet.” 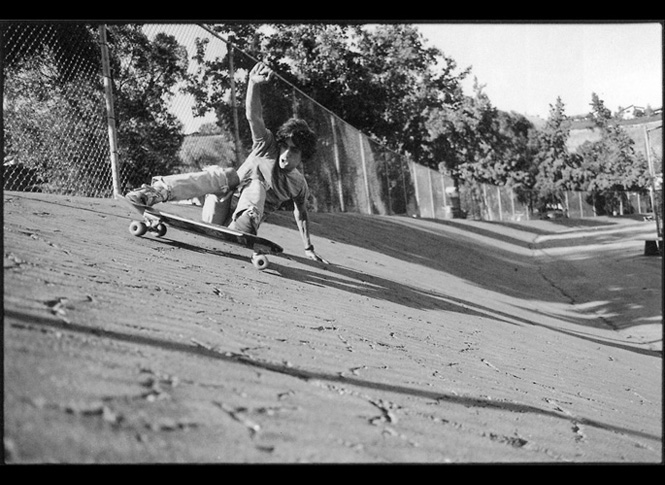 “Skateboarding, punk and hip-hop – they are almost completely interchangeable to me.  It’s all about attitude – that’s the unifying element.  The proof is in the mixture.”

“Why did I shoot Pussy Riot and Noam Chomsky? Why did I shoot two bad-ass women and a fucking incredibly inspiring genius of our time who knows everything – who talks politics in a way like no one else is honest enough to do? Pussy Riot, the way they stood up against their government and fought for what they believe in, speaking out against what they think is bad, I mean, who the fuck do we know that ever went to the gulag?”

“Rebellion will always be relevant until we are living in a perfect world, right? Somebody has always got to be fighting back to make things better than what they are. That is really important, not to just lay back and sit back and let things happen around you but really to be a part of what is going on and motivate people to think in ways that will make the world a better place. It sounds a little lofty and idealistic, but really that is what this is all about. Can we take a food break now?”

“I hope there will be something [as rebellions as punk] for my son, but I can’t imagine what… Something about the nature of communication these days, and media – it limits youth in some ways, and propels them in others. Instant communication makes people lazy. It’s great they can all talk. But people are not developing, are not nurturing their own thoughts too long because they just share them with their friends on Facebook or on Instagram immediately. It’s good to think in the moment. But for things to be truly great, you have to take a lot of time in mastering what you are doing. Alan Gelfand did not learn to ollie just by accident. Ian Mackaye did not make good music by accident, nor did the Bad Brains or Black Flag. These fuckers worked their asses off.”

Track Back A Little, Every Now And Then

“When I see young kids at my shows, I am happy there is respect and appreciation of the culture. And I also give them credit for actually coming to see it. Because most kids don’t come into a gallery space and they don’t care. Those kids are obviously going to be the trendsetters or the leaders of the community because they are coming to find out about something that other kids are not taking their time to understand. People who take their time to look back at their roots and see what else has been going on on the planet – other than video games, right? An appreciation of your roots is not so important. But it certainly helps things move along, so you won’t make the same mistakes other people made. Everyone knows you can learn from the past… I am almost done. I am a slow eater. I hope my last bite does not have cardamom in it.” 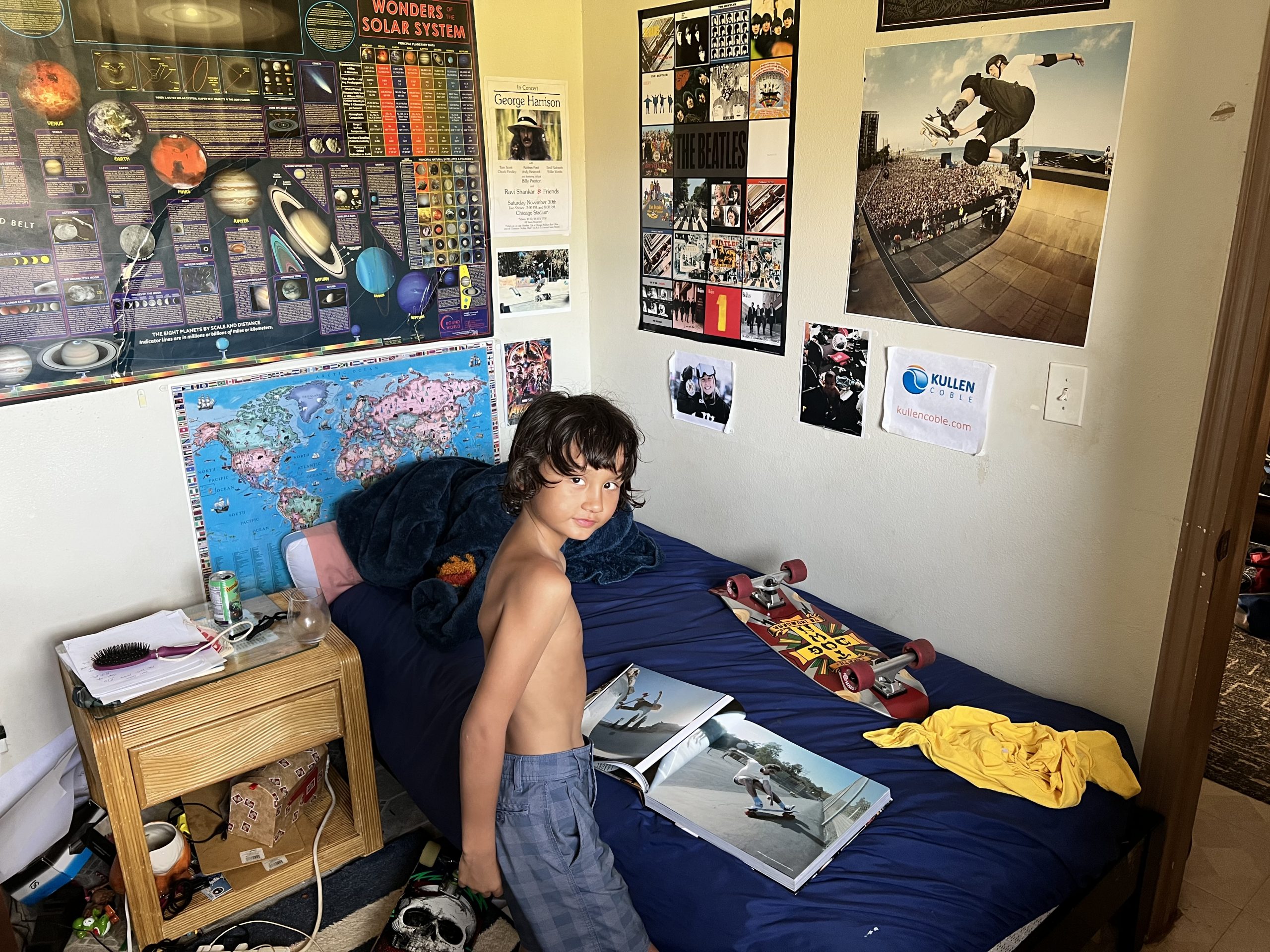 Craig Stecyk is an American artist, writer, photojournalist, and filmmaker who has documented and influenced the surf, skate, and snowboarding cultures. 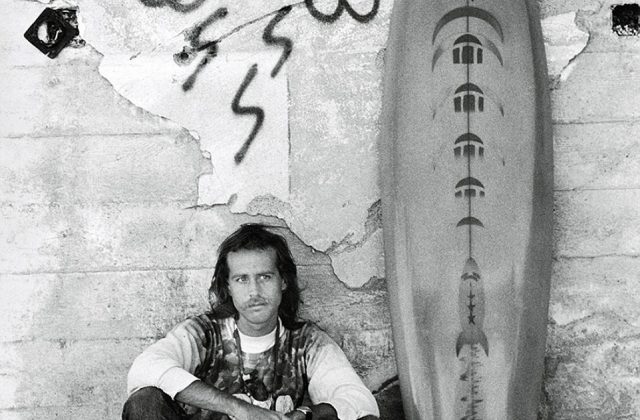 “Two hundred years of American technology has unwittingly created a massive cement playground of unlimited potential. but it was the minds of 11 year olds that could see that potential.” 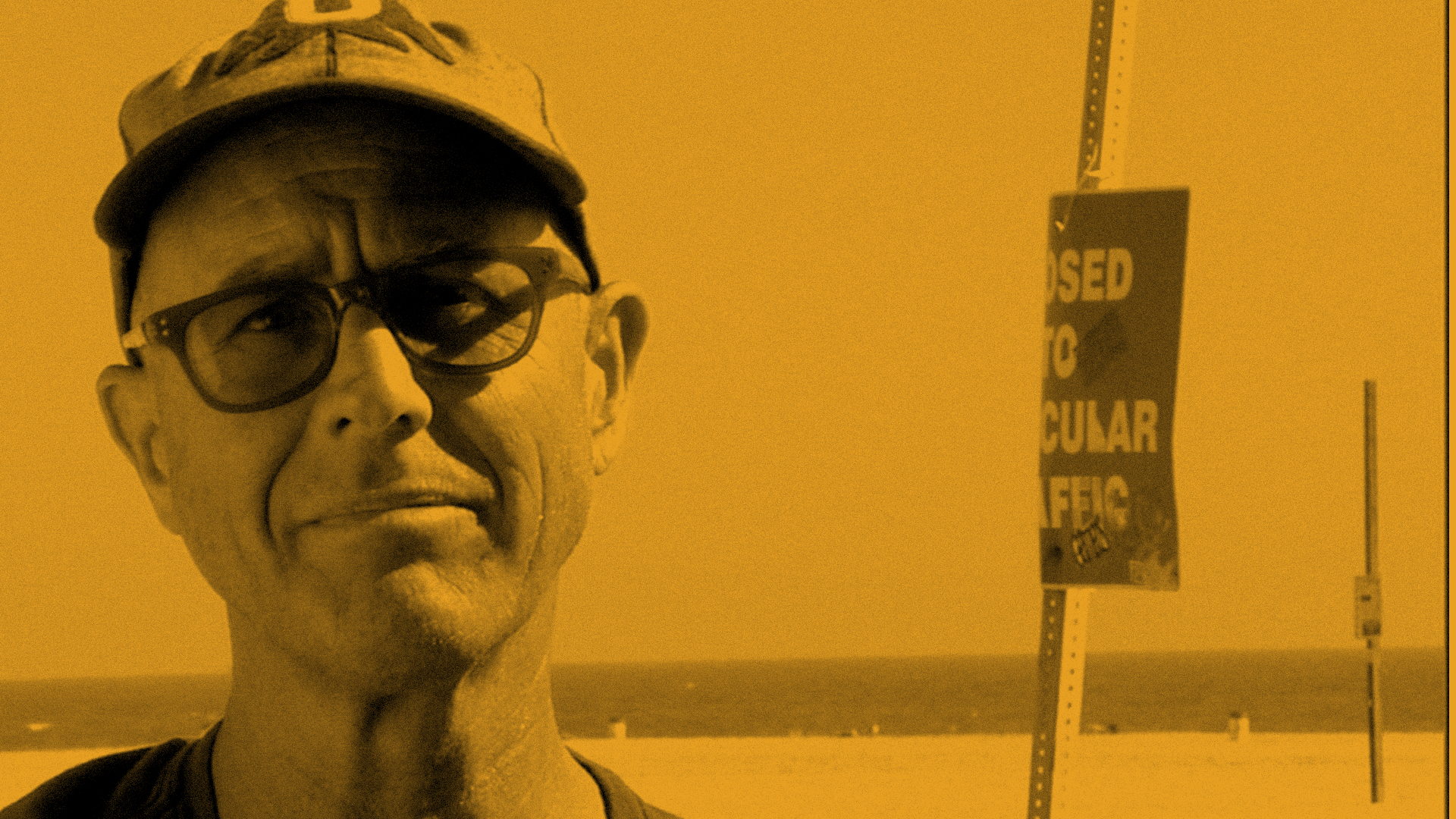 “Skaters by their very nature are urban guerillas: they make everyday use of the useless artifacts of the technological burden, and employ the handiwork of the government/corporate structure in a thousand ways that the original architects could never dream of.” 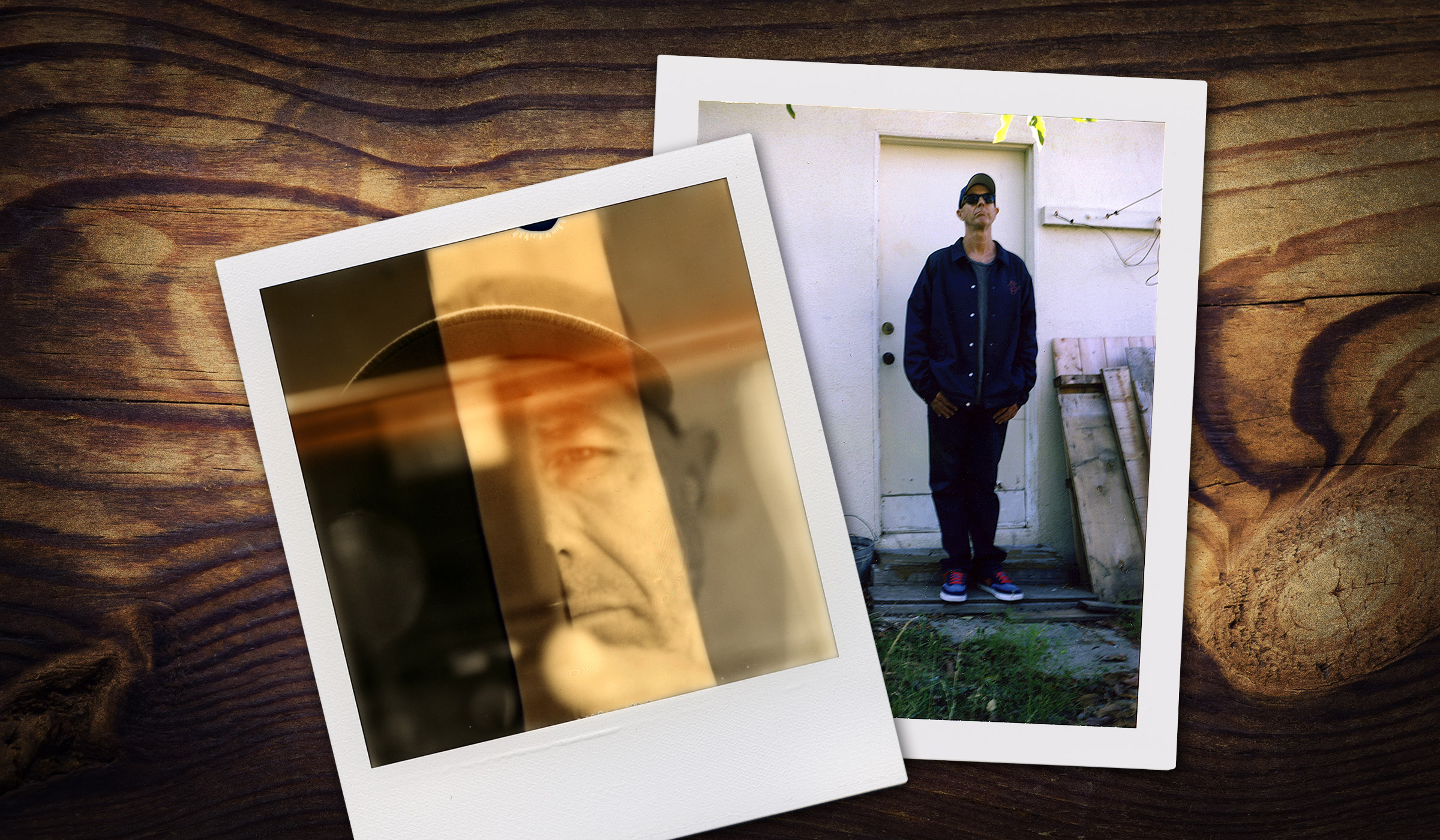 “WHEN THE GREAT POWER SHORTAGE COMES AND DESTROYS THE DIGITAL ARCHIVE OF THE COUNTRY AND THERE ARE NO MORE PETROL CHEMICALS AVAILABLE AT YOUR GAS STATION FOR YOUR DRIVE AROUND, YOU’RE GOING TO FIND OUT THAT PEDESTRIANS AND SKATEBOARDERS AND BIKE RIDERS WILL INHERIT THE UNIVERSE.”

“The possibilities of aesthetic advancement, fun and mayhem are unlimited.”