Māui (Maui) is the great culture hero and trickster in Polynesian mythology. Very rarely was Māui actually worshipped, being less of a deity and more of a folk hero. His origins vary from culture to culture, but many of his main exploits remain relatively similar.

Tales of Māui’s exploits and adventures are told throughout most of Polynesia; they can be traced back as far west as islands off New Guinea. Some exploits common to most Polynesian traditions are stealing fire for humans from the underworld, fishing up islands with his magical hook, and capturing the Sun to lengthen the days.  There is a great deal of variation in the representations of Māui from nation to nation, from being a handsome young man, to being an old wise wandering priest.  Although Maui was said to be very rascally or “kolohe”, many of his deeds were to better the lives of his fellow people. He was respected throughout most cultures of the Pacific and still is famous to this day.

In Hawaiian religion, Māui is a culture hero and ancient chief who appears in several different genealogies. In the Kumulipo he is the son of ʻAkalana and his wife Hina-a-ke-ahi (Hina). This couple has four sons, Māui-mua, Māui-waena, Māui-kiʻikiʻi and Māui-a-kalana. Māui-a-kalana’s wife is named Hinakealohaila; his son is Nanamaoa. Māui is one of the Kupua. His name is the same as that of the Hawaiian island Maui, although native tradition holds that it is not named for him directly, but instead named after the son of the Hawaiʻiloa (“discoverer of Hawaiʻi”, who was named after Māui himself).

Revelator of Birds
Some of Māui’s most renowned feats included causing birds (which were invisible to mortal eyes) to become visible. In his long ago, forgotten time, the music of the birds delighted Māui. He observed them with keen interest, their varied and beautiful plumage which adorned the foliage of fragrant trees, and their melodious music, however, no one else could join him in enjoying what was apparent to his vision. For, although Māui’s friends could hear their wonderful bird songs, none perceived the true source of the sounds. Māui felt compassion for his friends, for humanity, and their inability to behold with their eyes the colorful, musical creatures as they flitted from tree to tree, so, Māui caused the creatures to become visible to the naked eye.

Creation of Hawai’i
Māui also is credited with the creation of the Hawaiian islands, when he went on a fishing expedition with his friends, and, using a magic fish hook, pulled up various island groups from the oceanic depths. In some versions of the Hawaiian fisherman story, Māui is said to be a bad fisherman. His brothers would mock him for not catching any fish and he would retaliate with mischievous tricks against them. Māui and all his brothers were sons to a divine father and mother but only Māui was granted miraculous powers, which is why Māui was able to possess this magical hook made from the bones of his divine ancestors. One day, his brothers went fishing but would not permit Māui to join them on the canoe, and this irritated Maui. When they returned, Maui told them that, had he gone with them, they would have caught many more fish rather than just a single shark. His brothers considered his remark and then took him out on their next trip. They asked him where all the “good” fish were. Māui then threw in his magical hook baited with Alae birds, sacred to his mother Hina. The ocean floor began to move and generate huge waves while Māui asked his brothers to paddle fast to accommodate for the oncoming fish. They paddled with great power and were getting tired but Māui told them not to look back because if they did the fish would run away. One of the brothers disobeyed and the fishing line snapped, revealing new islands. Had nobody looked back, there would have been more islands.

The secret of fire
As men had not yet discovered fire, during Māui’s tenure in a land of perpetual volcanic eruptions and fire in the mountaintops, Māui decided that rather than periodically hike for dozens of miles across corals just to obtain glowing embers of the extinguished fires put out the previous night by cold winds, he decided upon a simpler solution. He would bring the fire to him. Māui knew of a tribe of intelligent birds that mastered the art of fire-making. His plan was to capture their leader, and coerce from him the secret of fire. The bird taught him that he should rub certain sticks together in order to produce fire, and this is how the secret of fire was brought to humanity.

Tamer of the Sun and the Heavens
Before Māui’s involvement in the matter, the Sun (Lā) notoriously traveled on irregular paths in the sky, coming and going unexpectedly at times, which made activities such as farming very difficult for man. To this end, Māui crafted snares made of his hair in order to trap the sun and compel it to travel more slowly and adhere to regular courses of travel. In this manner, Māui regulated the sun’s activities for the benefit of mankind.

Pillar of the Sky
Similar to Atlas and Herakles of ancient Greek mythology, Māui lifted up the heavens, which, for a long time, had lain heavily upon the plants of the Earth, leaving insufficient room for growth and for humanity to move about with ease. 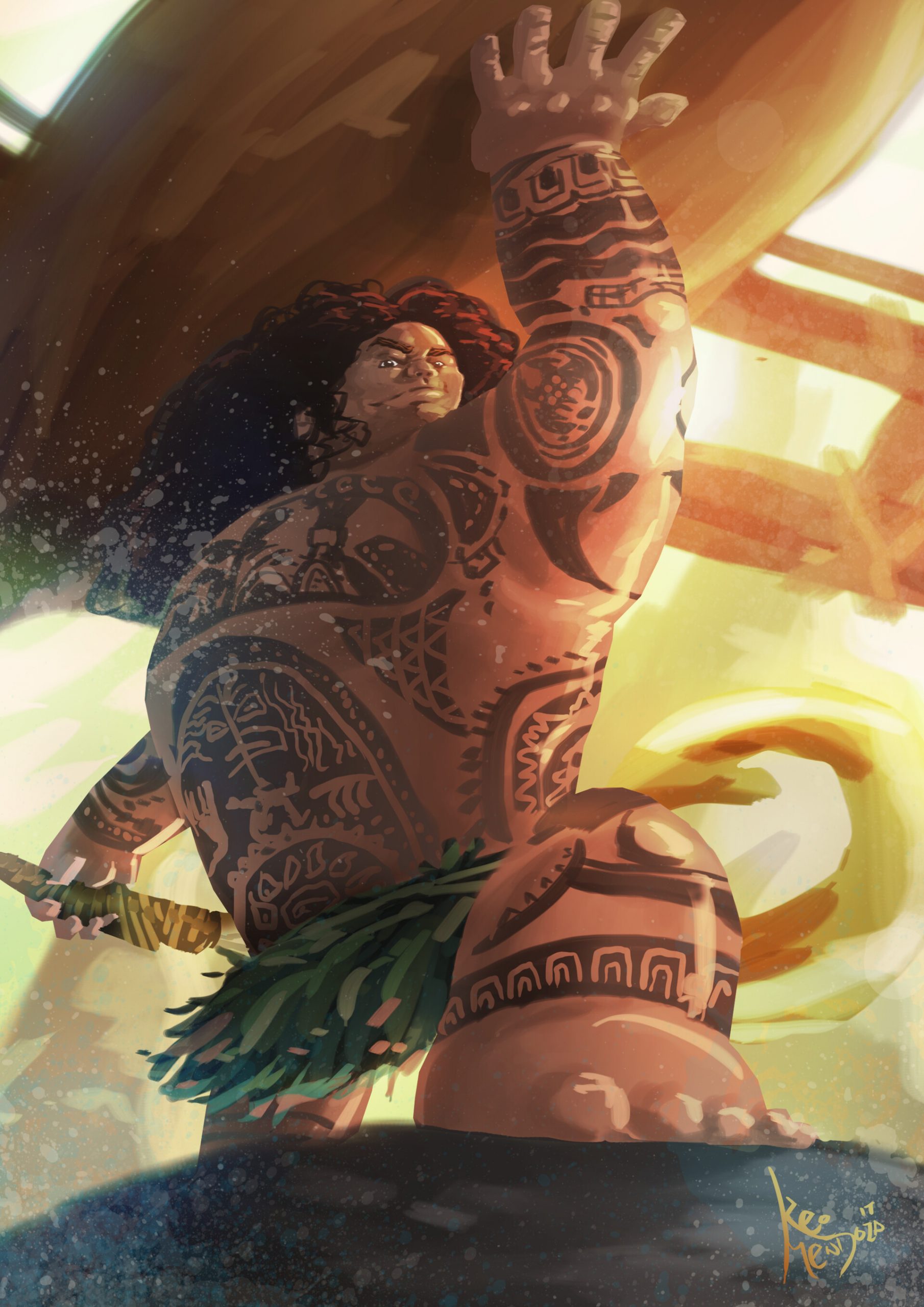 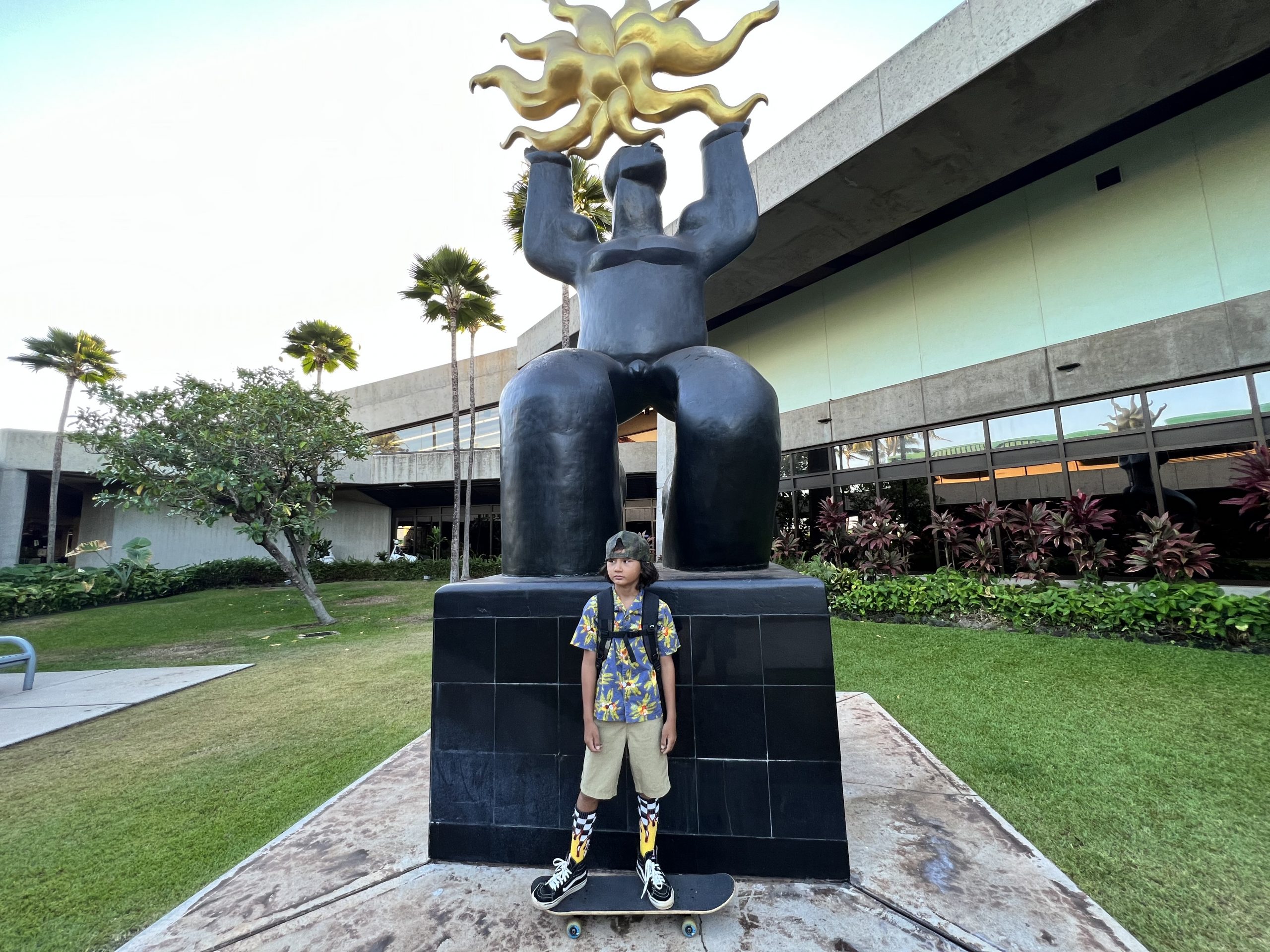 Maui Is The Mecca Of Windsurfing